Note: I recommend playing FeedVid Live first before playing this game. The black screen video in this game is optional.

FeedVid is a short puzzle game taking place in an unusual video-sharing app.

If you get stuck, please try the in-game hints menu. If that doesn't help, here's the answer key.

Introducing FeedVid, a revolutionary new video-sharing website and social network. Our platform integrates an advanced neural-network based algorithm that automatically determines your viewing preferences. We serve you the content that you want to watch!

We are aware of an issue affecting a small number of users in which our algorithm will recommend disturbing or highly unusual videos. We appreciate the support from the community and ask that you flag any such videos that you find in your feed.

code for the cyber thing and block zombie thing

Really love the concept of this game, and also wished it was a bit longer. A full puzzle game with this concept could be really, really cool. I played with Puzzle Mode on, and then watched another video without it on, and didn't notice any difference between the two modes. Definitely recommend checking this one out!

Great game! I really like the concept. Wish the game was longer tho

The puzzle aspects were a bit confusing as to how you found certain answers in the places that you did, but once I figured out where the answers would likely be, I I got used to it.

I said "poggers" in the comments before watching the last video

Seriously such a unique concept. I would love to see a full-length game incorporating this and FeedVid Live, but more than anything I just think you've done a fantastic job with both.

why cant i scroll

This game shocked me like a black mirror episode.

that was so fun, but what is the lester pastebin QR CODE about?

Would maybe ask for it to be a bit longer with different kinds of puzzles? Riddles? (idk i only played the web browser version.)

I would really appreciate if you guys checked this video out and gave me feedback on what I could change to make it better.

If you did check this video out I hope you enjoyed watching me pay respects to internet man and showing off my pristine "BROKEN" I repeat "BROKEN" Shaquille O'Neal bobble head.

Reply
mistamustad143 days ago
being not as good as the LIVE variant, i can still appreciate this game for what it is. i loved it.
Reply
Ozuzo156 days ago(+1)

Very nice! I loved the mechanics of both FeedVid Live and FeedVid, they felt new and exciting! (kudos for nailing the clickbait videos and general tomfoolery of the Internet, that was such a nice touch)

feedvid live was amazing this one I really liked it, but the end was :c

This game is SO cool, and I absolutely love the Youtube-esque mechanics. Five stars!

The setting and theme of this game, like with FeedVid Live (which I played first), was very cool. I found it satisfying in a mind-numbing way to make stupid comments on !YouTube, and I really do like the online-ARG experience.

Also, I would like to say that in my video I said at the end that the game 'felt like a nothing experience with no story'. Thinking on the plot, and about how the end screen probably shows the servers that produce recommendations, I have changed that opinion. It all made sense after thinking on it for a bit, and it was actually quite clever.

Both this and the prequel are very neat. I like the puzzle aspect. But I also think they end too suddenly, are perhaps a little too cryptic, and the concept of being on a YouTube or Twitch-like site isn't fully leveraged. For the millions of views people are getting, no one certainly seems to be responding or involved in any way...

There's a hint system in the menu where it would have felt nicer if you could ask some of the other commenters for help so the hint at least seems to come from someone, somewhere. FeedVid Live had similar issues.

But I enjoyed the experience. :)

Those videos are CREEPY.

wait, so the brains are the hivemind controlling feedvid?

Such good but short gameplay :(

This game is AWESOME!!

I aint gone lie, we need a part ASAP!

how do you complete number

cool game i loved it! 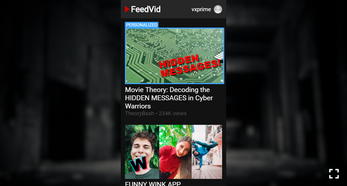 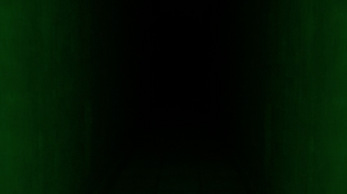 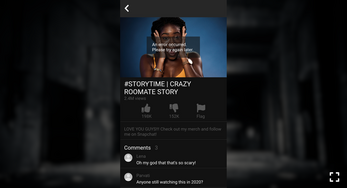